A recent drug court case involving methadone maintenance treatment and the resulting effects of the court’s ruling brings to light the outright bias a number of drug courts hold towards medication-assisted treatments for addiction.

As of 2014, the defendant, Robert Lepolszki of Nassau County, New York, had overcome opiate addiction and put his life back together, largely due to the therapeutic benefits gained from methadone maintenance treatment. According to a July 2015, New York Times account, the drug court’s ruling in conjunction with a past offense found the defendant in “direct” violation of the court’s policies against medication-assisted treatment. As a result of the court’s ruling, the defendant discontinued methadone maintenance treatment. Within a year’s time, Mr. Lepolski died of an overdose. 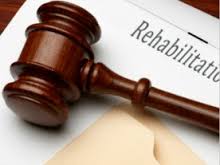 Approximately 3,400 drug courts operate throughout the United States. Of this number, 50 percent ban medication-assisted treatment practices. For people who’ve had little to no success with traditional drug treatment programs, methadone becomes the treatment of last resort.

In spite of methadone’s 50+-year track record in helping addicts manage the effects of addiction in their lives, drug court policies continue to abide by an abstinence-based treatment model. A lack of understanding on the damaging effects of opiates on brain function accounts for much of the confusion and heartache that results as drug court policies continue to abide by a “one-size-fits-all” approach to drug treatment.

The Consequences of Opiate Addiction

An estimated 48 percent of inmates within the federal prison system served time for drug-related offenses in 2011, according to the U. S. Department of Justice. The legal consequences associated with drug addiction run the gamut with offenders facing one or more of the following scenarios:

First enacted in 1989, drug courts were put into place in an effort to offer alternatives to imprisonment in cases of drug-related offences, according to the U. S. Department of Justice. Rather than serve prison time, offenders can obtain needed drug treatment. In effect, drug courts help reduce incarceration rates while attempting to address the root of the problem as far as drug-related crimes go.

Medication-assisted treatment therapies use opiate medications that are specifically formulated to address the challenges addicts face in recovery. Medications, such as methadone, Suboxone and LAMM help to support damaged brain functions and restore a normal brain chemical balance. These effects eliminate much of the discomfort associated with drug cravings and withdrawal effects, which are the biggest obstacles addicts face in recovery.

The majority of drug courts throughout the country abide by the abstinence-based recovery approach, which views medication-assisted therapies like methadone maintenance treatment as merely substituting one drug addiction for another.

People coming off chronic, long-term addiction are often left with a diminished brain capacity that makes it all but impossible for them function in everyday life, let alone follow-through in their recovery efforts. Therapies like methadone maintenance treatment work to wean the brain off the effects of opiates rather than forcing the brain to pick up where addictive opiate effects leave off.

Considering that methadone’s use as an opiate addiction treatment has been around for over 50 years, it will no doubt take more tragic stories like that of Robert Lepolszki before drug court policy makers take a second look at the real benefits of medication-assisted treatment therapies.