Opiate addictions can be one of the most insidious forms of drug addiction, leaving many people in a state of perpetual gloom until the body fully recovers. After more than four decades of research and development, methadone’s use as an opiate addiction treatment has proven to be an effective treatment approach.

The benefits of using methadone to break an opiate addiction are many, though each person’s individual physical make-up affects how the drug works. Ultimately, a person’s motivation to get well becomes the determining factor when entering any form of drug treatment, methadone included.

The physical structure of opiate drugs bears a close resemblance to the brain’s own endorphin chemicals. This resemblance accounts for how opiates are able to take over the brain’s chemical processes with ongoing use. According to the National Institute on Drug Abuse, methadone –also an opiate drug – produces a therapeutic effect in terms of the drug’s ability to wean a person off opiate drugs altogether. 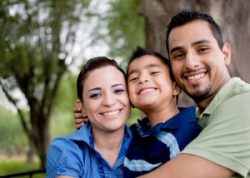 As an addiction treatment, maintenance helps individuals get their lives back on track.

Compared to the short-acting effects of other opiate drugs, methadone produces a milder, long-acting effect that stops short of creating the “high” effect associated with most other opiate drugs. These effects enable recovering addicts to function normally and take part in everyday work, family and social activities. As a long-acting treatment, only one dose a day is needed.

Because of its unique properties, methadone can be used as a detox treatment or a maintenance treatment for opiate addictions, according to the U. S. National Library of Medicine. As a detox treatment, methadone helps reduce the persistent drug cravings a person feels when stopping the drug. It also helps in relieving withdrawal effects.

Methadone maintenance treatment, also known as MMT, uses the drug in much the same way only on a long-term basis. Considering the drug’s overall effects in treating opiate addiction, it tends to work best when used for MMT purposes.

According to the Centers for Disease Control & Prevention, Methadone’s ability to reduce drug cravings works in two ways. Its physical make-up enables it to bind to the same brain cell receptor sites other opiate drugs access. In the process, its “opiate-like” effects quench the brain’s need for opiates while helping brain processes function normally.

The drug also acts as a barrier for brain cell receptor sites. This means, if a person relapses or tries to get “high” on another type of opiate drug blocked cell receptor sites cancel out any possible “high” effects. When used for MMT purposes, this mechanism of action can help chronic opiate users remain abstinent on a long-term basis.

When a person stops using, the brain is left to function on its own without the effects of the drugs. By this point, brain neurotransmitter chemicals have been thrown completely out of balance, which results in emotional instability, digestive problems, sweating, restlessness and other withdrawal symptoms.

With methadone being an opiate-type drug, it’s able to mimic the effects of other addictive opiates. These properties enable the drug to support imbalanced brain chemical processes and eliminate withdrawal effect.