Methadose Dangers and How to Avoid Them

Methadose is the brand name for methadone. This popular opiate addiction medication saves thousands of people from withdrawal every year. Unfortunately, it also kills a number of those people every year. Methadose is a dangerous medication when you abuse it. It is important for you to know the Methadose dangers and how to avoid them.

What are the Dangers of Taking Methadose?

The dangers of Methadose are similar to many of the dangers that most other opiates. According to the National Library of Medicine, some of these dangers are:

Fortunately, you can avoid these dangers by taking a few simple steps. One thing you can do is seek treatment for your Methadose abuse, to do this now call 800-530-0431Who Answers?.

How to Avoid These Dangers 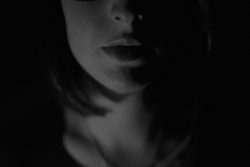 Drinking while on Methadose can lead to respiratory failure.

Many of the dangers of Methadose are avoidable with a bit of effort.

Stick to Your Prescribed Amount of Methadose

According to the National Institute on Drug Abuse, Methadose (methadone) is safe when you take it as prescribed and when taken under controlled conditions.

If you find yourself taking more than what you are prescribed or buying Methadose on the street, it is time to reconsider you choice of addiction treatments.

Never Drink or Use Other Drugs While Taking Methadose

Drinking and taking other drugs or medications while on Methadose can kill you. Conflicting medications, alcohol, or another opiate, can send you into:

There are many prescription, over the counter, and illegal drugs that cause problems when taken with Methadose. It is important to tell your doctor about anything that you are taking before continuing Methadose.

To avoid the long term effects of Methadose, the best thing you can do is get off Methadose. One way to do that is by weaning off it or tapering. Tapering is the practice of gradually reducing your dose until you no longer go into withdrawal if you stop. Most people need help tapering off any opiate including Methadose.

Find Treatment if you are Abusing Methadose

Medication Assisted Treatment is one of the best treatments for Methadose addiction and abuse. The treatment is very similar to the treatment you should have received when you first started taking Methadose. The medications available to stop your Methadose withdrawal are:

Medication assisted treatment also has a behavioral or counseling component. This component is essential to making a complete recovery whether you choose to stay on medication or wean off it.

How to Find Treatment that Works for You

Finding the right treatment to avoid the Methadose dangers is extremely important. To find the treatment that works for you, all you have to do is call 800-530-0431Who Answers?. We can help.

Request a call from a Methadone Treatment Specialist