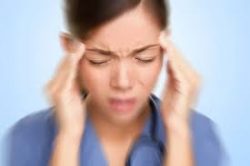 One symptom of Methadone withdrawal is dizziness.

Methadone is a drug usually given to chronic pain patients who have an addiction to opiates such as oxycodone and hydrocodone. Many people frown upon it due to its addictive properties and the frequency of overdose. It is because of the risks of addiction and overdose that makes methadone so highly controlled. Only certain physicians can prescribe methadone for chronic pain. Usually these doctors work for pain clinics. Some of the Methadone withdrawal symptoms are:

Although these side effects do not seem too bad at first glance, they are very severe and intense. Many people state that the lack of pleasure, increase in pain, and boredom coupled with restlessness are unbearable. The Food and Drug Administration warns that the psychological effects of withdrawal are dangerous due to their severity and the risk of suicide in some people who also suffer from depression.

An opiate is a derivative of the opium poppy. Opiates can be the illegal heroin or opiate prescription painkillers. The term opiate indicates one of the broad range of medications and illegal substances that act on the opioid receptors in the brain. The main risk with opiates is the risk of overdose, which has been called an epidemic by the Centers for Disease Control. According to the National Library of Health’s Medline service, the symptoms of opiate withdrawal are:

Again the symptoms when listed do not seem bad, but they are extremely intense. Most people relapse due to the intensity of opiate withdrawal. The longer you use opiates the more intense the withdrawal is. There is also the risk of depression and suicide with opiate withdrawal but it is less of an issue than with methadone withdrawal.

The Differences between Opiate and Methadone Withdrawal

According to the National Institute on Drug Abuse, it is easier to overdose on methadone than it is on opiates. This is most likely due to the opiate blocking properties of methadone. This fact might be due to people taking both methadone and opiates at the same time an activity that is never advisable.

So which is More Difficult?

Although most people agree that Methadone withdrawal is worth than opiate withdrawal, other factors affect this. Which is more difficult really depends on several factors. These factors are:

According to the National Institute on Drug Abuse, methadone is an effective way to treat both chronic pain and addiction. If you are in chronic pain, Methadone still might be the answer to ending your addiction to opiates. You do not have to withdrawal off Methadone. There are other options to quitting either drug “cold turkey.” Many doctors help their patients taper off both opiates and Methadone. Tapering is one of the only ways to get off both drugs without experiencing the intense unpleasant effects of withdrawal from either drug.

If you have a problem with Methadone or opiates, there is help. For more information, about methadone and opiate withdrawal call 800-530-0431Who Answers?. We are happy to help.