How the Effects of Methadone Help People Overcome Opiate Addiction

According to the Center for Substance Abuse Research, methadone is a synthetic, narcotic pain reliever that is most commonly used in the treatment of heroin addicts, although it is also used for other medical purposes. Methadone shares many of the same effects of morphine and acts in similar ways to other opiates. However, methadone has a gradual onset, and this prevents the user from getting high and experiencing euphoric effects.

Methadone works because it affects the same areas of the bran that other opiate drugs do, but since it has a slow release, the effects of the drug last longer without causing a person to feel the ‘high’ they get from abusing other opiate drugs. This process results in a person having less withdrawal symptoms, since their body is still getting the drug, but the person will not be getting the rush the usually get when they abuse the drug they are addicted to.

How the Effects of Methadone help with Opiate Addiction 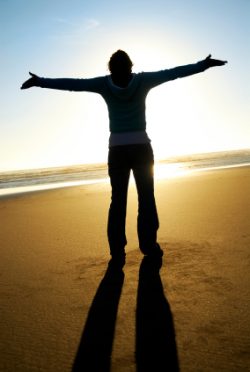 According to the Center for Substance Abuse Research, in the 1960’s it was thought that methadone could be used to manage heroin addiction. In 1964, research showed that methadone was effective at helping people with the withdrawal symptom of heroin detox. Then in 1971, methadone treatment for opiate dependence began to expand and the Federal Government developed regulations governing the use of methadone.

Most people who want to stop using an opiate drug have tried to stop on their own; however, many people do not realize how tough it is to go through the withdrawal symptoms of opiate detox or to fight the urge to use drugs from their addiction. Since the withdrawal symptoms are too intense for some people to go through, many people give in and continue to abuse their opiate of choice.

The effects of methadone are greatly beneficial to a person during opiate detox because they act on the same receptors in a person’s brain as other opiates do. In addition, the effects of methadone are long lasting, and the drug is slowly released in a person’s body. All of these factors help lessen the withdrawal symptoms a person is going through, and will help them focus on other areas of recovery while they are in opiate addiction treatment.