The Possibility and Prevention of Methadone Overdose

Methadone is a drug commonly used in helping a person get through an opiate detox. However, methadone is also an opiate drug that can be abused by people. Since it is a slow releasing drug, a person can easily overdose on it if he or she is not careful.

Methadone is commonly known as the drug that can help a person get through the withdrawals from a heroin or opiate drug detox. However, many people do not fully understand that methadone is an opiate drug as well. Methadone, just like any other opiate can be addictive and is abused by many people. However, methadone is tightly regulated and is not as easy for people to get their hands on as they can with other opiates.

According to the Center for Substance Abuse Research, even though methadone is used to prevent narcotics addiction and dependence along with associated withdrawal symptoms, there is still the possibility of a person becoming addicted to the drug. Methadone is actually an extremely physically addictive drug; however addiction is not as likely to occur when under the supervision of a doctor. 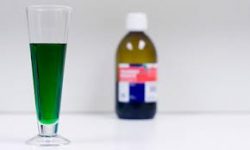 When abused or taken in quantities other than as prescribed, it is possible to overdose on methadone.

The Possibility and Prevention of Methadone Overdose

When people abuse methadone, they can develop an addiction or a dependency to it, but they also have a high a chance of having an accidental overdose. Methadone is a very powerful opiate drug, and the reason it helps with opiate withdrawals is because it has a slower onset and lasts longer than other opiate drugs do. Since methadone has a slow onset, a person may not realize they took too much of the drug before it is too late.

If a person continues to abuse methadone, they have a higher chance of overdosing on the drug, and if an overdose occurs, a person could end up in a coma, and if help is not received in time, the overdose can be fatal. A person taking methadone can prevent an overdose by taking the correct dose that they are prescribed, and any person that is taking methadone illegally should get help from a treatment program before they develop an addiction to the drug, or accidentally overdose on the drug.