Understanding the Dangers of Methadone Overdose

Methadone is a synthetic opioid that produces many of the same effects as heroin or morphine although its chemical structure is different. Used as an opioid addiction treatment medication since the 1960’s, methadone has been recognized as a powerful pain reliever since the 1990’s.

Methadone is invaluable when it comes to serving these two purposes, but, understanding the dangers of methadone overdose is absolutely critical for anyone who attempts to use it.

How Does Methadone Work?

The difference between methadone and other opioids is that methadone has a much slower mechanism of action with longer lasting effects as it builds up in the person’s bodily tissues. Because it works much slower, in the treatment of opiate addictions, it can suppress cravings and withdrawals for 24 hours or more for shorter-acting opiates like heroin, while blocking the effects to deter desires and needs to use those drugs. It helps to rebalance chemical disruptions in the brain from abuse of short-acting opioids while improving overall health and social functioning.

For the treatment of pain, methadone should always be used cautiously. It should never be used for mild or moderate pain, used as a breakthrough medication, or used with other medications, especially other central nervous system depressants, without an extensive medical history review and frequent assessments for complicated health risks.

Methadone’s disadvantages, according to the CDC are its “long and unpredictable half-life and associated risk for accumulating toxic levels leading to severe respiratory depression; its multiple interactions with other drugs, including frequently abused drugs such as antianxiety agents; and its ability to cause major disturbances of cardiac rhythm.”

Methadone should never be used by an opioid naïve person and the doses should never be administered more than once a day unless under the strict advice of a physician. The first 5 days of using methadone are generally the most critical and appropriate dosing to manage symptoms should be frequently evaluated by an experienced clinician.

Understanding the Dangers of Methadone Overdose 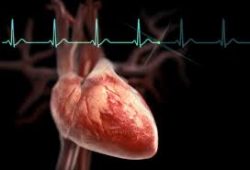 Methadone overdose frequencies increase dramatically in those who abuse the drug. Its power to decrease respiration and heart rate in high doses, when used by someone for whom it was not intended or who has compromised health, and when used with other substances is exponentially multiplied in comparison to many other opioid drugs.

It may appear that the drug has worn off when in fact, it is still metabolizing (much slower than other morphine-like drugs), accumulating, and slowly being released to the bloodstream and brain to elicit its effects. Taking more methadone or using other substances at any time can lead to an overdose that may or may not occur for hours afterward. There is just no way of safely doing this. The person may lose consciousness or fall asleep and while the drug continues to accumulate, the overdose occurs.

Methadone overdoses are often fatal, but, even non-fatal overdoses can cause respiratory depression that leads to hypoxia or brain damage, cardiovascular damages, and damages to other vital organs with early death consequences.