10 Common Methadone Side Effects & How to Cope with Them

10 Common Methadone Side Effects & How to Cope with Them

For people struggling with opiate addictions, be it heroin or prescription pain meds, methadone medication therapy can be a lifesaver when it comes to breaking an opiate addiction habit. Opiate addictions, in particular, can exert debilitating “aftereffects” that make it difficult for recovering addicts to maintain abstinence for any length of time. These effects can linger for years into recovery, placing addicts at serious risk of relapse at any given time.

While methadone does offer an effective treatment solution, it can produce various side effects for some people. Methadone’s mechanism of action within the brain accounts for the range of side effects a person experiences. Methadone side effects do tend to subside over time in many cases; however, there are ways to adjust in the interim.

Methadone is a synthetic, narcotic opiate that affects the brain and body in much the same way as other opiate drugs, such as heroin and prescription pain relievers. As a treatment medication, methadone has a long-acting effect unlike the short-term effects produced by most other opiate drugs. This long-acting effect greatly reduces the likelihood of addiction while at the same time reducing drug cravings and withdrawal effects. 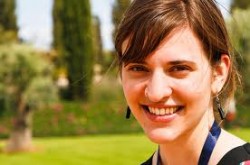 Though there are some possible side effects of methadone, they can be overcome – you can recover from opiate addiction.

When first starting out, methadone dosages range between 15 and 30 milligrams for the first three days. According to the University of Maryland, dosage amounts are based on a number of factors, some of which include:

As the overall goals of methadone treatment work to reduce or eliminate withdrawal effects and drug cravings, dosage levels can be adjusted based on the degree of withdrawal and cravings a person experiences.

A person’s overall health condition can influence which types of side effect will most likely develop.

While tolerance levels do tend to rise slower with methadone than with other opiates, people coming off severe opiate addictions may experience increasing tolerance levels early on in the treatment process. When a person starts to experience withdrawal effects and/or an increase in drug cravings, his or her tolerance for methadone has gone up.

For some people, the appearance of methadone side effects may indicate a dosage adjustment is in order. On average, it can take anywhere from two to six weeks before a stable dosage level is reached, according to the University of Hawaii. During this time, it’s important to keep your physician informed of side effect severity as well as any drug cravings or withdrawal effects experienced.

Some side effects, such as constipation, nausea and vomiting can be treated with over-the-counter remedies like Pepto-Bismol and Imodium A-D. In cases where drowsiness persists to the point where it’s difficult or even dangerous to engage in certain activities, such as driving and work functions, a dosage adjustment is needed.