Why Is Methadone Controversial?

For years, methadone maintenance treatment (or MMT) has remained a viable but controversial option for those addicted to opioids. Unfortunately, this controversy sometimes overshadows the benefits of the program. But why is methadone a controversial medication, and why is the MMT program still debated in its validity and effectiveness today?

According to the Center for Substance Abuse Research, “First appearing in Canada, methadone maintenance programs in the U.S. are often thought about as one of the most common and effective means for treating heroin addiction,” as well as the more current issue of prescription opioid addiction. MMT was first used in the 1960s to treat individuals who were not successful in detox programs and who continued to relapse during their recoveries. In many cases, methadone was more successful in treating patients in these conditions than more traditional methods of addiction recovery.

The reason for this program’s success, it was determined, was because certain individuals “will not or cannot stop taking the drug” (Harvard Medical School). The best solution for these individuals is to be maintained on a drug like methadone for however long is necessary, sometimes even indefinitely. Over the years, MMT has been studied numerous times and has been found to be successful in increasing treatment retention, quality of life, family stability, and favorable pregnancy outcomes while decreasing HIV risk, illicit opioid use and abuse, overdose, and drug-related deaths. 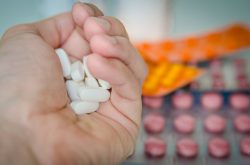 Methadone treatment is necessary for some patients to get clean.

Still, the program, as well as the drug itself, is considered to be controversial in the treatment of opioid addiction to this day. This occurs for many reasons. For example, many individuals feel that giving patients methadone to treat their heroin or other opioid addictions is only substituting one addiction for another. It is not always understood that maintenance is different from addiction because the former does not cause compulsive use or other types of problems commonly associated with the latter.

Another reason for the debate over the program is that “there [remains] a risk of diversion to the illicit market,” and methadone itself is often abused for the high it can cause when taken in large doses. This is why methadone can only be dispensed through specialized methadone clinics, but some individuals feel that this method is not protecting the population well enough from the diversion of methadone.

In addition, methadone itself is a full opioid agonist, unlike buprenorphine and naltrexone, which are also used to treat opioid addiction. This means a person who abuses it is more likely to overdose from the drug or experience other issues than if they were to abuse the other substances, which are considered to be safer in this instance.

Should Methadone Be Controversial?

Over the years, the drug has become much less disputed in its ability to treat patients as well as its validity as a maintenance treatment. However, some people still do believe it is not safe or beneficial. While some individuals can benefit from other types of programs, methadone is necessary for certain patients who need the kind of support this program provides in order to avoid further dangerous drug abuse.

Do You Want to Learn More?

Call 800-530-0431Who Answers? today to learn more about methadone itself or to find maintenance programs in your area.