Heroin is a dangerous, highly addictive drug with many false facts circulating around it. Like most dangerous things, there are stories, opinions, and myths that are told about it that are not always necessarily true.

Since heroin is so hazardous, it is important to debunk these myths, so everyone can have a clear understanding of what it is and how it can impact their lives. If you are looking for information about heroin, know that heroine is still used in today’s day and age, it is not safer when snorted, it is not only used by junkies, and that it is possible to recover from a heroin addiction.

A common misconception is that no one uses heroin anymore because it has gone out of style. Many people think heroin use died with the seventies, but this is simply not true. Even in modern times, heroin is still a drug that is used. 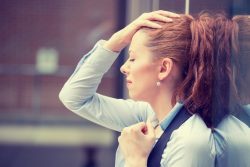 People from all walks of life use heroin.

The CDC has reported that heroin use more than doubled among young adults ages 18–25 in the past decade. Believing that no one uses heroine can make it difficult for people to pay attention to the signs of heroin users.

This makes it difficult for friends and family to be able to tell when a loved one has become addicted. It can also make the mystery around heroin and lack of knowledge toward it seem like an appealing drug to teens and young adults that no little about it.

Making sure society is educated and realizes it is a drug that is still out there is an important step in making sure heroin doesn’t get used.

Heroin is Safer When Snorted

Another common myth regarding heroin is that it is safer when it is snorted. This is a lie. The only difference between snorting heroin instead of injecting it is the risk of HIV and other blood-transmitted diseases.

The drug itself is just as dangerous snorted as it is smoked and injected. It is important that people realize this, as it will make them less likely to snort heroin if they think it is simply not as dangerous as it is to inject. It makes it seem like a more okay thing to do.

As described in the US National Library of Medicine, some of the problems that heroin can cause are miscarriages, heart infections, death from overdoses and risk of HIV/AIDS.

Heroin is Only Used by Junkies

There is a misconception that all heroin users are homeless, dirty, and broke. While there are heroin users that are homeless, there are also middle and high class workers that use heroin as well. Heroin does not discriminate and anyone can use it. It is not always clear to see who is and who isn’t using heroin.

Recovering from Heroin is Not Likely

Oftentimes, heroin is seen as being a drug that no one can recover from. It seems like society says that if a person becomes addicted to heroin, they will be addicted to it forever. Again, this is not true. Any drug can be recovered from. It can be highly discouraging for an addict to attempt recovery when they think it isn’t possible.

If you or a loved one is suffering from a heroin call 800-530-0431Who Answers? for help today. Don’t be ignorant about heroin. Make sure you know our facts so you can stay addiction free.