Signs of Methadone Use

Methadone is a long-lasting medication that has a chemical structure similar to morphine, but, significantly different. Morphine is a short-acting opioid that elicits effects of euphoria, sedation, and calming of stimuli such as pain. Methadone can also produce these effects. However, in appropriate doses of methadone, a tolerance to the sedative and euphoric effects can be achieved and properly managed.

The Difference Between Methadone and Short-Acting Opioids

Short-acting opioids, like morphine, require multiple doses a day to maintain levels of the drug to elicit the desired effects, control conditions of pain, or stave off cravings and withdrawals once dependent on them. The repeat use of these drugs is significantly recognized by the intoxication and withdrawals that affect the user’s ability to function on a day to day basis.

Because methadone is slowly metabolized and accumulates in bodily tissues, it is usually taken only once a day to prevent opioid cravings and withdrawals in opioid addiction treatment programs or to control chronic and severe pain in therapeutic treatments.

Once the person achieves a steady dosing of methadone that controls their symptoms, the daily dosage amount ingested equals the amount they eliminate from their bodies. Stored amounts of methadone in the liver and bodily tissues continues working until the next day’s dose and this alleviates the ups and downs that other opioid users go through sometimes, multiple times a day.

Physical Signs of Methadone Use 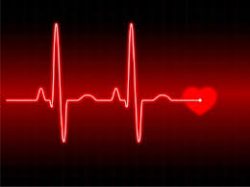 Methadone is a powerful opioid that acts as a central nervous system depressant. It can slow breathing, heart rate, blood pressure and produce sedation, euphoria, and relaxation with physical signs nearly indistinguishable from other opiates until the person becomes used to taking the drug (unless they are abusing it).

Physical signs of methadone use may include:

Psychological and Behavioral Signs of Methadone Use

Methadone is beneficial over other opioids in that it actually helps to keep chemical balances in the brain in check to prevent the adverse psychological and behavioral signs of use commonly associated with those types of drugs. In opioid addiction treatments, it helps improve cognitive functions and focusing ability without the cravings for other opiates with significant improvements in social functioning.

If abused however, the psychological and behavioral signs of methadone use can include: