Data gathered by the National Survey of Substance Abuse Treatment Services shows as many as 282,000 people suffered from opiate addiction in 2008. More oftentimes than not, those who try to stop using soon find themselves unable to withstand the withdrawal effects and drug cravings that come with opiate abuse.

The potential for relapse poses the greatest challenge recovering opiate addicts face throughout the recovery process. Uncomfortable withdrawal effects and ongoing drug cravings make it all but impossible for people to remain abstinent for long periods of time without some form of medication therapy treatment.

MMT, also known as methadone maintenance therapy addresses both the ongoing physical challenges recovering addicts face as well as the psychological issues that drive addictive behaviors. When adhered to, MMT offers a recovering addict the needed tools for building a new lifestyle and developing new attitudes toward self and others. 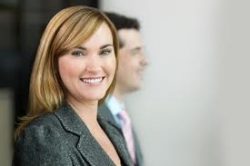 Methadone maintenance relieves cravings, which can help prevent relapse and allow individuals to go on with their lives.

The effects of opiates on a person’s brain and central nervous system account for much of the difficulty recovering addicts experience when in recovery. Much like the brain’s natural endorphin chemicals, opiate drugs are capable of regulating chemical processes throughout the brain and central nervous system. In effect, the brain can’t tell the difference between its own endorphins and opiate drug effects. This interaction between opiates and the brain accounts for why a person can quickly become dependent and eventually addicted to opiates.

MMT uses methadone, another opiate-type drug, to relieve ongoing withdrawal effects and drug cravings while stopping short of the opiate “high” effect, according to the U.S. National Library of Medicine. MMT effects on the central nervous also cancel out the effects of other opiate drugs, which makes it all but impossible for someone to get “high” should a relapse occur. Through these chemical mechanisms, MMT can greatly reduce the likelihood of relapse.

When first starting out with MMT, initial dosage amounts typically range around 15 to 30 milligrams per day. Depending on how the body responds, dosage amounts are adjusted (usually upwards) until a person no longer craves drugs and experiences little to no sedation effects.