Are Methadone Side Effects Dangerous?

Methadone is an opiate drug that is primarily used for the purpose of opiate detox treatment. Unlike other opiate drugs, methadone has a long duration and is slowly released in a person’s system throughout the day. This keeps the effects of methadone lasting all day long in people who are administered the drug. When administered properly, methadone does not produce a euphoric high in users, and it will maintain their urges to use drugs and decrease their withdrawal symptoms.

However, when methadone is abused or not taken in proper doses it can be dangerous, and a person can become addicted to the drug. This is why it is only used in the treatment for opiate detox.

According to the Center for Substance Abuse Research, although methadone is intended to prevent narcotics addiction and dependence along with associated withdrawal symptoms, there is still the possibility of a person becoming addicted to it. Methadone is an extremely physically addictive drug; however addiction is less likely when administration is under the supervision of a doctor.

In addition to a person having the chance to develop addiction to methadone when they abuse the drug, methadone is also dangerous for their health if they are not taking it in a supervised medical setting. Methadone, just like any other drug, does have side effects, and even when it is administered in a methadone maintenance treatment program, it can still be dangerous, although it is not as likely. 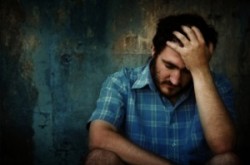 The side effects of methadone are mostly not dangerous, though the risk of addiction can be.

The Dangers of Methadone Side Effects

Methadone is a very powerful opiate, so when a person abuses the drug they risk the chance of overdosing, which can be fatal by causing their respiratory system to stop working, or they may end up in a coma.

Even when methadone is administered in a methadone treatment program, the side effects of the drug can still be dangerous, which is why a person is monitored when they first receive methadone, and why doctors have limit on the amount of the drug they can prescribe. Side effects are usually minimal and not as dangerous when methadone is given in a medical setting, but they are unpredictable and every person reacts to the drug differently.

According to the Center for Substance Abuse Research, although methadone is used as treatment for opiate addiction, there are side effects of the drug that some people experience. Short term side effects of methadone, may include vomiting, nausea, restlessness, slowed breathing, itchy skin, excessive sweating, constipation, sexual dysfunction, and sometimes fatalities can occur.

Since methadone is also addictive, a person abusing the drug should receive help from a treatment program before they cause irreversible damage to their body.