Is Methadone Safer than Buprenorphine?

For certain populations, methadone may be a safer alternative for opioid addiction treatment than buprenorphine. However, both medications have been studied extensively for their ability to treat opioid dependence and addiction and have been found to be extremely safe and effective for this purpose.

For Which Populations is Methadone the Safer Alternative?

One population for which methadone is considered the safer alternative is pregnant individuals. Methadone has been approved to treat pregnant patients in a way that is safe for both the patient and the fetus, but “buprenorphine use for pregnant women has not been approved in the United Sates” (Substance Abuse and Mental Health Services Administration). In some circumstances, such as when a person has already been taking buprenorphine before becoming pregnant, the patient may be better off continuing to take this medication, but in general, it is often safer for those who are pregnant to take methadone, as it is specifically approved for this purpose. 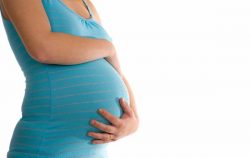 Methadone treatment is the only approved addiction medication for pregnant patients. Buprenorphine has not been proven safe for this population in the United States.

Another population that would more safely receive methadone over buprenorphine for the treatment of opioid addiction is those with severe physical dependence on the drug. According to SAMHSA, “Because buprenorphine is unlikely to be as effective as more optimal-dose methadone” in the minimization of severe withdrawal symptoms, “it may not be the treatment of choice for patients with high levels of physical dependency.” Using buprenorphine in this case could be dangerous and possibly lead to relapse in some individuals, which is why the alternative of methadone use is generally safer for highly dependent patients.

Methadone could also be safer for those who require more supervision when administering their medication. In many instances, buprenorphine can be prescribed at the doctor’s office and may be dispensed for take-home use. This means the individual will administer it themselves, which can sometimes lead to misuse if the person is not ready for this level of responsibility. Those who are still struggling with their cravings to the point where they cannot trust themselves to administer the correct amount of medication and not abuse their prescription may also want to consider methadone as a safer choice than buprenorphine.

Is Methadone Always Safer than Buprenorphine?

Not necessarily. For many people, buprenorphine is just as safe as methadone, and the drug has been found to be very effective in the treatment of opioid addiction. “Research conducted over the past two decades has documented the safety and effectiveness of buprenorphine for this indication, according to SAMHSA. And although methadone has been used and studied for a much longer period, buprenorphine is still a viable––and sometimes more beneficial option––for many individuals.

Depending on your needs, you may consider one or the other to use for your treatment regimen. If you find later that you would like to switch, this can also be done, albeit carefully and under the supervision of a physician. But while your specific needs and your current condition of recovery are important to consider when choosing a medication, both medications are considered very safe and effective for the purpose of opioid addiction treatment.

Do You Want to Learn More About Methadone?

Call 800-530-0431Who Answers? today to find out more about the medication or to learn about treatment centers in your area.