Is Methadone a Stronger Treatment for Opioid Addiction than Buprenorphine?

As a pharmacological treatment for opioid addiction, methadone has been around longer than buprenorphine and has been accepted to treat individuals in many different situations (such as pregnant women and adolescents) that buprenorphine hasn’t. But if you are merely looking for the strongest medication you can take to minimize withdrawal symptoms, reduce cravings, and generally allow you to live your life, which should you choose?

Which is Stronger: Methadone or Buprenorphine?

There are many reasons why a person may choose buprenorphine as their opioid addiction treatment. The medication can be taken at a doctor’s office instead of being restricted to a clinic like methadone, and it is not as highly regulated because it is less likely to be abused. However, these upsides are also caused by the fact that buprenorphine is the weaker of the two medicines.

According to the Substance Abuse and Mental Health Services Administration, “Studies indicate that buprenorphine is equally as effective as moderate doses of methadone.” However, when compared to optimal-dose methadone, buprenorphine does not perform as well as the former drug, and it is unable to minimize withdrawal symptoms, cravings, and other issues to the same extent that optimal-dose methadone is.

Why is Buprenorphine Not as Strong as Optimal-dose Methadone?

Someone who’s been abusing opioids for a long period of time will likely be prescribed methadone rather than buprenorphine.

As stated by the National Library of Medicine, “Buprenorphine is in a class of medications called opioid partial agonists-antagonists.” This means, while the drug is an opioid, it is only a partial one, meaning that its effects are not as strong and full opioid agonists. While this does make it safer in cases of overdose or abuse, which is where a large portion of the demand for it comes from, it does not create effects as strong as that of methadone (which is a full opioid agonist) when given in higher doses.

Who Should Take Which Medication?

SAMHSA states that “because buprenorphine is unlikely to be as effective as more optimal-dose methadone, it may not be the treatment of choice for patients with high levels of physical dependency.” Instead, the latter drug should be taken by individuals who would experience intense withdrawal symptoms without medication while the former may be a practical choice for those who do not have this high of a dependency level.

Just because buprenorphine isn’t as strong as methadone does not mean that it can’t be effective in certain cases, but if you have been abusing opioids for a long period of time or know you have a serious dependence on these drugs, methadone is the right choice. If you would like to learn more about the medication itself or find a methadone center in your area that can fit your needs, call 800-530-0431Who Answers?. 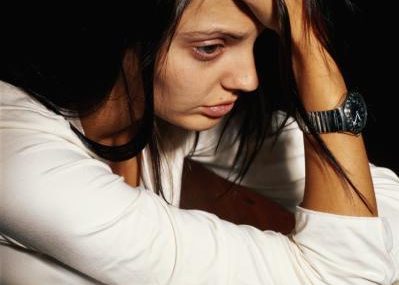 When Is Methadone Better Than Buprenorphine?

In certain instances, buprenorphine can be a beneficial medication for those addicted to and/or dependent on opioid drugs. However, there …