How Long Does Suboxone Stay in Your System?

Suboxone is a buprenorphine-based opioid addiction treatment medication. It can stay in a person’s system for a long time, much longer than the initial effects of the drug may last. Call 800-530-0431Who Answers? now to find treatment for a substance use disorder and to learn more about your options for recovery.

What Are the Effects of Suboxone?

According to the U.S. Food and Drug Administration, Suboxone is a brand name medication that contains both buprenorphine (a partial opioid agonist) and naloxone (an opioid antagonist). The two drugs are used together to create a medication that treats opioid addiction and dependence while protecting the individual from abusing their medication. Buprenorphine’s ceiling effect and naloxone’s ability to precipitate withdrawal when the drug is abused make Suboxone much safer from abuse than many other opioid-based drugs.

Suboxone reduces withdrawal symptoms, minimizes cravings, and blocks the opioid receptors in the brain so the patient can live their daily life without the issues normally associated with opioid addiction recovery. In contrast to methadone users, patients on Suboxone can also receive their medication from a doctor’s office instead of only from a specialized clinic.

The drug’s half-life is usually around 37 hours, which is much longer than that of other drugs. The effects of methadone usually only last about 24 hours total (National Institute of Justice). As such, Suboxone can be a beneficial choice for those who wish to take fewer doses and do not want to visit a clinic everyday.

How Long Does Suboxone Stay in Your System? 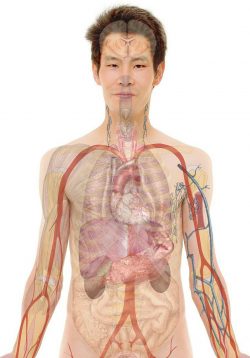 A slow metabolism will make Suboxone stay in the body longer.

Most opioids will stay in a person’s system from anywhere between 2 and 6 days. However, the buprenorphine in Suboxone can linger in the body much longer. In many cases, the drug can stay in a person’s system for as many as 10 to 12 days. Those who wish to pass a urine test probably will show traces of Suboxone in their systems if they have taken it in the last week or two. This is partly due to buprenorphine’s long half-life.

Those who take Suboxone in large doses and frequently will also be less likely to flush the drug completely out of their systems in a short period of time. In general, though, one should expect Suboxone’s main ingredient, buprenorphine, to linger in the body for several days longer than other opioid drugs.

Methadone vs. Buprenorphine: What is the Best Therapy for Opiate Addicts?

Opiates such as heroin and many prescription painkillers are very effective in relieving pain; however, they are also highly addictive.  …

Which Is a Better Treatment: Suboxone or Methadone?

Your choice of medication for opioid addiction treatment should depend on your specific situation. Some people choose Suboxone as a treatment method specifically because the drug has a longer half-life and lingers in the body longer. This aspect allows patients to visit their doctors less than those who are being maintained on methadone. It can also mean fewer doses.

However, those who have severe dependencies on opioids often need to take methadone instead. According to the Substance Abuse and Mental Health Services Administration, optimal-dose buprenorphine is not as effective as optimal-dose methadone when it comes to treating severe withdrawal symptoms and other intense side effects of opioid addiction.

How Can I Find Treatment for Opioid Addiction?

If you or someone you love is suffering from opioid abuse and its effects, it’s time to seek help. You can call 800-530-0431Who Answers? to speak with our trained treatment advisors who want to help you find the safest and most effective rehab option for your recovery. We will help you find a treatment center that accepts your insurance and offers the programs you require for a safe, effective recovery. Call today.