Does Methadone Make You High?

As one of the first opiate addiction treatment medications developed, methadone has a proven track record of helping addicts take back control of their lives from addiction. According to the National Institute on Drug Abuse, methadone’s therapeutic effects enable addicts to gradually wean off the effects of opiates while developing the necessary coping skills for living drug-free lifestyles.

Much of the success associated with methadone stems from the drug’s opiate-based ingredients. With methadone being an opiate class drug, the question does methadone make you high is warranted considering how opiates interact with brain functions.

In effect, someone who wants to get high off methadone can indeed do so. When taken as directed, the effects of the drug work to relieve the aftereffects of addiction that often make it so hard for those in recovery to maintain abstinence. Ultimately, the answer to the question does methadone make you high is yes, and no depending on how a person uses the drug.

Unlike other addictive opiate drugs like heroin and Oxycontin, methadone is formulated to produce mild, slow-acting effects. For this reason, methadone carries a considerably lower abuse potential than other opiates.

As with any form of opiate drug use, the brain comes to tolerate opiate effects over time to the point where increasingly larger doses are needed to produce the drug’s desired effects. The same goes for methadone. Since people in need of opiate addiction treatment typically have incredibly high tolerance levels for opiates, there’s little risk of methadone producing a high effect.

Signs of a Methadone High 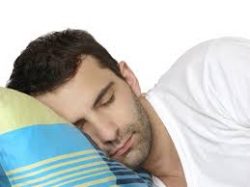 Some signs of a Methadone high include relaxation, calm, sedation.

Does methadone get you high? Anyone who experiences a methadone high will likely see the following signs:

Compared to other opiate drugs, methadone has a long half-life, meaning it takes longer for a person to experience its effects. For this reason, people who abuse the drug often resort to snorting or injecting as a means for overriding methadone’s slow-acting effects.

Ultimately, the answer to the question does methadone make you high depends on how the drug is used. As with any type of opiate drug, taking methadone in too large a dose leaves users open to overdose and even death, so tread carefully.