Are there Other Uses for Methadone?

Methadone’s use as an opiate addiction treatment stems from its classification as an opiate-type drug. Though synthetically made, this drug produces many of the same effects as any other opiate medication.

Methadone belongs to the Schedule II class of narcotics, which makes for a powerful analgesic agent. Its chemical make-up produces long-acting effects not found in many other opiate drugs.

Methadone acts as an agonist-type medication, meaning it stimulates certain brain receptor cell sites. These interactions can prove useful in treating other types of conditions. Methadone’s slow-acting effects also make for a fairly safe and effective opiate addiction treatment for women during pregnancy.

According to the University of Maryland, methadone’s chemical structure was first developed in Germany in the 1930s. By that time, it became glaringly apparent that morphine’s use as an analgesic or pain-relief agent carried a high potential for addiction.

It wasn’t until the 1940s when the United States obtained the rights to this drug for use as a pain-relief medication. Further research on the drug’s effects didn’t take place until the early 1960s in response to the heroin addiction epidemic taking place at that time. 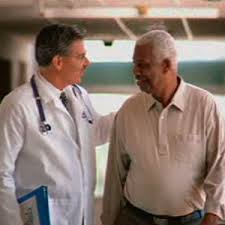 Your doctor may prescribe methadone to you for pain.

People suffering from conditions involving moderate to severe pain, such as cancer can benefit from the analgesic effects of methadone. Most opiate-type drugs produce pain-relief by stimulating endorphin chemical secretions in the brain. The body’s central nervous system uses chemical messengers like endorphins to intercept pain messages before they reach the brain.

In effect, endorphins camouflage pain signals and so reduces the degree of pain a person experiences. By stimulating endorphin secretions, methadone enhances the central nervous system’s ability to manage pain symptoms, according to the U. S. National Library of Medicine.

While the drug does produce a slow-acting effect, this mechanism only comes into play when used as an opiate addiction treatment, so pain sufferers must still ingest daily doses to reap its analgesic benefits. As drug potency levels can vary, transitioning a patient over from morphine therapy will likely require dosage adjustments depending on the level of pain a person experiences as well as his or her tolerance for opiate drugs in general.

Opiate addicted mothers often experience dangerously short pregnancy terms with babies being born at lower than normal birth weights. While a pregnant mother can opt to go “cold turkey,” the withdrawal effects that follow place the fetus under distress, and may even result in miscarriage.

Though methadone does place newborns at risk of developing opiate dependence, methadone treatment is considered the less of the two evils considering the dangers pregnant woman face with continued drug use. With metabolism rates fluctuating throughout the course of a pregnancy, dosage adjustments are needed to ensure the drug continues to relieve withdrawal and cravings effects.