Understanding the Difference Between Methadone Detoxification and Methadone Maintenance

The relapse rates for opioid dependent individuals are extremely high and they will, typically, require a medication assisted treatment for longer periods of time than most other drugs.

Methadone can be used to help them as long as they need it to abstain from heroin and other opioids. For some individuals, a methadone detoxification period up to 6 months is sufficient to help them get back on track, while others need the long term methadone maintenance to successfully remain abstinent from illicit opioid use.

Opioid dependence is a never ending battle to avoid withdrawals and use the drugs despite deterioration to health, personal relationships, and social functioning. It substantially contributes to the burden of disease and disease transmissions, high rates of mortality, crime, loss productivity, and family distress.

A typical day for an opioid dependent person involves repeat cycles of intoxication and withdrawals from short-acting opioids such as heroin, morphine, oxycodone, and other opioids. Because the effects of these drugs only last a few hours, the cycles continue to become more frequent as tolerance develops and more of the drug is required to elicit the desired effects or to stave off withdrawals. This perpetuates increasing dependency and unhealthy behaviors such as compulsive drug seeking and abuse, IV use, needle sharing, disregard for basic survival needs, and a tendency toward other immoral and dangerous behaviors to continue the opioid abuse.

How Does Methadone Work? 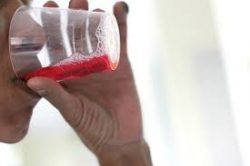 Methadone can be taken as a short-term or a long-term treatment.

Methadone has been used, effectively, as a medical maintenance and detoxification agent for heroin or opioid dependence because it, basically, “tricks” the brain for relief of cravings and withdrawals from other short acting opioids, while blocking their effects to deter further abuse.

When taken orally, methadone has a slow onset of action and a long elimination half-life of 24–36 hours which helps the individual remain engaged in the treatment process for the time it takes to benefit in their recovery. According to the Substance Abuse and Mental Health Services Administration, “The longer you’ve been dependent on opioids, the more likely it is that you would benefit from being on methadone.”

Methadone treatments are considered corrective approaches and is not meant to be a cure or to replace one dependency with another, but, to help the person reach their recovery goals in the most effective and comfortable manner, whether it is used for opioid agonist detoxification or long term opioid agonist maintenance therapy.

Opioid dependence profoundly changes the person’s physiological processes and more often than not, they will make repeated attempts to quit using opioids on their own, leading to withdrawals and ultimately, resuming use. According to the National Institute for Health and Clinical Excellence (NICE) withdrawal symptoms “emerge within 6–12 hours from short-acting opioids such as heroin.” An opioid dependent person may attempt several approaches to detox before they consider using methadone.

Methadone detoxification is a recommended choice for these individuals to remain engaged in the process while their dependence to the short-acting opioids is eliminated. Individuals who elect to detox from the opioids using methadone will use the medication until they feel that they are stable enough to refrain from illicit opioid use without it. Terminating methadone therapy prematurely is always a concern and for that reason, extended methadone detoxification treatments can last up to 6 months followed by a gradual tapering off of the drug.

Many people begin a methadone detoxification program with a set date of termination, but, the intense cravings for opioids can last long after the physical withdrawals are eliminated. According to the National Institute on Drug Abuse,” no matter how ideologically attractive the notion of a time-limited methadone treatment for heroin abusers, longer-term methadone maintenance treatment is far more effective.” As long as the person is at risk of relapse or wishes to remain in methadone therapy, advocates advise switching to long term maintenance after a methadone detoxification program ends.

The difference between methadone detoxification and methadone maintenance is the added benefits of combining daily doses of methadone with psychotherapy, counseling, and supportive resources to help addicts recover and stabilize in a progressive manner with the added benefit of time.

At optimal doses, methadone helps to balance and stabilize the brain’s chemistry while improving overall physical, mental, and social functioning. Using it to decrease the cravings and illicit opioid use and behaviors is only a part of the methadone maintenance program. For an opioid dependent person, the complicated issues in their life can contribute to the inability to provide for basic survival needs, maintain healthy relationships, work, go to school, or live productively, independently, or satisfactorily.

Methadone maintenance provides the structural guidance these individuals need in combination with optimal daily doses of methadone to function mentally and physically as they go about repairing their lives. Psychosocial support for legal, domestic, environmental, medical, and social issues are critical elements that can be addressed over the extended period of time that a person remains engaged in a methadone maintenance program