What are the Risks of Methadone Addiction?

Methadone offers an effective treatment option for people who struggle with opiate addiction. Part of the reason for this has to do with methadone’s chemical make-up and its effects on the brain. Unfortunately, methadone carries a risk of addiction much like the opiate addiction it’s designed to treat.

As with any treatment approach, it’s important to consider the risks involved versus the benefits any particular treatment offers. Methadone addiction risks are not unlike those encountered with opiate addiction. Ultimately, a person’s circumstances and motivation to get well determines whether methadone treatment is the best way to go.

For over five decades, methadone has been used to treat opiate addictions, be it heroin or prescription pain medications. As both a detox and maintenance treatment option, methadone helps reduce withdrawal effects and drug cravings while allowing recovering addicts to resume the activities of everyday life. 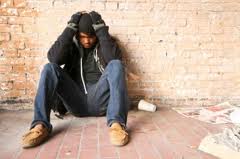 Methadone is an opiate, and if misused or not taken seriously someone can develop an addiction to methadone.

Methadone is a synthetic opiate medication that carries a low risk for addiction compared to other opiates. Its opiate-based chemical make-up accounts for its effectiveness in treating opiate addiction. As a synthetic opiate, methadone mimics the effects of other opiate drugs, according to Columbia Health. In doing so, it quenches the brain’s cravings for other opiates while at the same time reducing withdrawal effects.

Methadone addiction works in the same way as any other addiction. Over time, the brain becomes less sensitive to the drug’s effects. When this happens, a person must ingest larger doses of the drug to see the same effects. When the brain doesn’t receive an adequate dose, withdrawal effects result.

Not surprisingly, methadone addiction withdrawal effects are the same as those experienced with any other type of opiate addiction.

Methadone has a slow-acting effect, which helps to reduce its addiction potential. This slow-acting effect also places users at greater risk of toxicity and overdose. According to the Centers for Disease Control & Prevention, methadone overdose accounted for 39.8 percent of opiate drug overdose in 2010.

In effect, the brain’s tolerance level for methadone increases faster than the body’s respiratory and cardiovascular systems, according to the U. S. National Library of Medicine. With a methadone addiction, a person can easily take a larger dose than the body when trying to relieve withdrawal effects.

People currently on other medications may be more susceptible to methadone addiction since other medications can affect how the body metabolizes methadone. MAO-inhibitors and benzodiazepines, in particular, can pose a serious risk of methadone toxicity and overdose.

According to the National Drug Intelligence Center, people who abuse other opiates (such as heroin or Oxycontin) while taking methadone risk developing methadone addiction. When taking more than one opiate drug the risk of overdose also increases.