Why Methadone Withdrawal Symptoms May Develop

Methadone, although used to help patients get through opiate withdrawal symptoms, is an opiate drug itself. Just because methadone helps with opiate withdrawals, does not mean that a person cannot develop an addiction to methadone, or that they will not go through withdrawal once they stop using the drug.

Methadone is an opiate drug that is typically given to patients in heroin detox to help ease withdrawal symptoms. However, methadone is a drug that people can also abuse and develop addictions to. Methadone is a slow releasing opiate drug, meaning that it will not cause the initial ‘rush’ people get when they abuse other opiates, such as heroin.

According to the Center for Substance Abuse Research, physical and psychological dependence can develop with the use of methadone. For example, use of the drug will continue a user’s opioid dependency, but frees them from uncontrolled, compulsive, and disruptive behavior associated with heroin addiction.

Why Methadone Withdrawal Symptoms May Develop 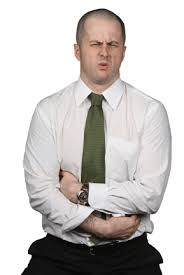 It is possible to develop methadone withdrawal if you stop using the medicine abruptly. Tapering off is recommended.

If a person is taking methadone illegally then they risk the chance of developing a dependency to the drug if they take the drug frequently. Methadone is an opiate, and when a person continually takes the drug, their body will begin to depend on the drug being present, and when it is not, they will go through withdrawal symptoms.