Is Methadone a Replacement for Heroin Addiction?

Though many believe that methadone is a replacement for heroin, it has actually been found to be one of the most effective methods to helping deal with a heroin addiction. Some argue that it is just as dangerous as an opioid addiction and if abused, this is true but most patients who use it have successfully become sober. There are many reasons why methadone is not a replacement for heroin addiction.

No Risk of Administration

Heroin is administered by injection, smoking, or crushing the pills and snorting them. By using heroin in this way, addicts gain a rush of euphoria that is quickly followed by a crash, which leads to drug-seeking behavior and compulsive abuse.

In comparison, methadone is given as a pill or liquid, which is a slower chain of action and therefore does not trigger the impulse to continue use. 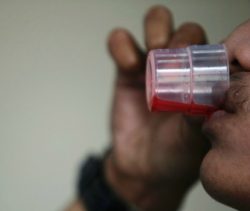 The appeal of heroin use is the high that takes the person from their mind for a while to escape the stresses of their life. While on their high however, heroin addicts cannot think clearly and many dangers can occur from this aspect alone.

Because methadone works slower and does not produce this high, it can be used while doing daily activities such as driving or working because it is not sedating or intoxicating, which helps to lessen the dependency on the drug.

According to the NCBI, methadone is a synthetic opioid that is used to help patients through detoxification and maintain the ones who are suffering from an opiate addiction (especially heroin), as well as those with severe and chronic pains.

Methadone suppresses the euphoric effects of opioid drugs by lowering the chances of highs of lows of heroin. In short, methadone blocks the receptors in the brain that react to the drug, freeing the addict through the harsh withdrawal symptoms.

Heroin addicts are often able to take as much as their addiction requires while they are on their own but with methadone, addicts are monitored and given a set amount during treatment. If the dosages are high, the addict will be required to visit their clinic daily to receive the dose they need.

By limiting the amount of methadone, the addict becomes less likely to abuse it, which will help them to become less dependent on drug use for their daily stresses. 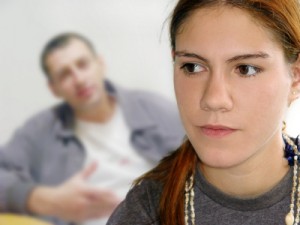 Heroin addiction rates have skyrocketed within the past decade. According to the Bureau of Substance Abuse Services, as many as …

Heroin can make addicts crave more than they can afford to buy and many will turn to criminal acts in order to reach their next high. Others will have intimacy without protection and cause unwanted pregnancies or catch STDs or other transmittable diseases.

With the drug they need to become sober available to them daily, addicts will be able to think more clearly about the decisions they make and avoid criminal activity because they no longer need to steal to get their drug.

According to the NIDA, scientific research has found that medically assisted treatment for opioid addiction has been associated with a decrease in overdose, drug use, the transmission of infectious diseases, and the need for criminal activity.

Despite popular belief, methadone is not a replacement for heroin addiction and can in fact help heroin addicts to become sober. With the use of methadone, heroin addicts will reduce the risk of diseases caused by administration and intoxication, ease withdrawal symptoms, become monitored with their usage of the drug, and reduce their chances for bad decision making.

Heroin addiction is lethal and can lead to many long-term effects that will haunt the addict for years but with the help of methadone treatment, the addict can wean themselves off heroin and become sober once more.

If you or someone you know is suffering from heroin or opioid addiction, call 800-530-0431Who Answers? to speak with a professional who can help.