A methadone clinic is able to provide effective treatment for an opiate addiction, but, it is only correctional and in no way should the treatment be considered a cure. Regardless of treatment approaches, whether it is medically supervised detox using methadone or methadone maintenance, the opiate addict who remains abstinent from illicit drugs, will still be addicted and should they ever return to use of illicit opiates, they risk a rapid fall back into their dependency and habits that may be worse than before.

Opiate Addiction Is a Chronic Disease

According to the World Health Organization,” Historically, opioid dependence was often seen as a disorder of willpower, reflecting poorly on the character of an individual. However, with recent advances in the understanding of the biological mechanism behind dependence and its implications, it has now been widely accepted that, regardless of the reasons for opioid use, the neurological changes that occur with opioid dependence constitute a brain disorder.” 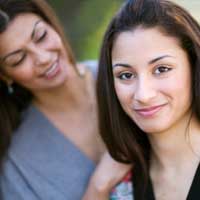 If we look at opiate addiction as a chronic brain disease, we see that it has some basic comparable aspects to other medical disorders such as asthma, high blood pressure, or diabetes where genetics, personal choices, and environmental influences play a key role in the development and course of all the diseases. Although none of them can be cured, compliance with treatment regimens such as adherence to medications, proper diets, and other changes to decrease negative aspects and increase the person’s functional state, outcomes can be promising.

As with other medical disorders, if the person returns to their unhealthy habits, becomes lax in their management of their disease, stops using their medication or complying with treatment regimens, their conditions will deteriorate rapidly and additional medical care will be needed to reestablish remission, or in the case of opiate addiction, additional treatment to reestablish abstinence.

There is an extra risk in someone who remains abstinent form illicit opiates for an extended period of time because;