As one of the weakest, natural opium derivatives, codeine ranks as the most prescribed drug in the world. According to Dickinson College, codeine was the first opiate derivative to be marketed as an over-the-counter drug in both analgesic and cough suppressant forms.

In spite of the drug’s easy availability, codeine works like any other type of opiate analgesic, all of which carry a high potential for abuse and addiction. Once addiction sets in, codeine addiction treatment may well offer the only means for overcoming the drug’s hold over the mind and body.

If you or someone you know struggles with codeine abuse, here are reasons to consider getting codeine addiction treatment help today.

Codeine works by depressing or slowing down chemical activities throughout the brain and central nervous system. In the process, the drug’s effects block incoming pain signals to the brain, which accounts for its ability to relieve pain symptoms, according to the U. S. National Library of Medicine.

Codeine interacts with individual opiate receptor cell sites in the brain, forcing the release of neurotransmitter chemicals in large amounts. When used on an ongoing basis, codeine effects create rampant chemical imbalances throughout the brain and body.

These interactions lie at the heart of an addiction problem. Codeine addiction treatment programs address both the physical and psychological damage brought on by the drug’s effects.

With tolerance level increases come physical dependency, a state where normal brain and body functioning is contingent on steady levels of codeine in the system, according to the National Institute on Drug Abuse. More often than not, physical dependency marks the first sign of a growing addiction. 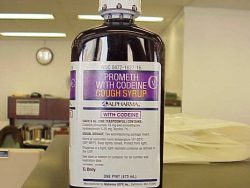 Seek Codeine addiction treatment if you are experiencing withdrawal effects.

Tolerance level increases and physical dependency work hand in hand driving continued drug use. When needed amounts of the drug are lacking, the body goes into withdrawal, which comes with a range of uncomfortable symptoms.

After a certain point, the body’s dependency on codeine effects start to drive a person’s behavior making him or her unable to control or limit drug intake amounts. Much of the codeine addiction treatment process works to help addicts regain control over the body’s need for the drug.

Codeine’s ability to slow down the body’s respiratory rates can have long-term effects on brain function over time. In effect, each codeine “high” reduces the amount of oxygen reaching the brain. As dosage amounts increase, less and less oxygen reaches the brain.

Under these conditions, the risk of brain damage runs high for people engaging in chronic drug use for months or years at a time.

According to the University of Virginia, the body’s gastrointestinal tract also houses opiate cell receptor sites. Much like what takes place in the brain, repeated codeine use disrupts normal gastrointestinal functioning over time, which can cause digestive problems, including:

Without needed codeine addiction treatment help, these problems can develop into full-blown digestive disorders with continued drug use.

The brain chemical imbalances brought on by codeine use eventually start to take a toll on a person’s emotional well-being. Mood swings, feelings of anxiety and bouts of depression happen on an increasingly frequent basis while worsening in severity for as long as drug use continues. Without codeine addiction treatment help, signs of emotional instability can develop into full-blown psychological disorders over time.

Ongoing codeine abuse produces a type of snowball effect, gradually taking over a person’s ability make decisions when it comes to drug use. In effect, multiple attempts to stop using become a telltale sign that the drug has taken over. An inability to stop or reduce drug use should be a clear indicator that some form of codeine addiction treatment is needed.

Codeine’s effects on the brain’s cognitive and emotion-based centers inevitably affect how a person views him or herself and others. Consequently, the ability to communicate and empathize with others decreases making it difficult to maintain close relationships. For these reasons, codeine addiction treatment programs encourage friend and family involvement in the treatment process.

The workplace requires interpersonal and cognitive-based abilities, both of which undergo considerable decline with ongoing codeine abuse. Part of the codeine addiction treatment process entails helping a person “re-learn” how to function effectively in daily life.

Long-term codeine abuse comes with a hefty price tag. At this point, a person will shirk financial obligations in favor of maintaining an ongoing supply of the drug. Before long, money problems start to develop as more and more bills go unpaid.

12. Problems with the Law

Impaired cognitive functioning compromises a person’s reasoning and decision-making abilities. After a certain point, activities such as driving under the influence or engaging in criminal activity for money seem necessary and justified.

Chronic, long-time codeine addicts remain at high risk of overdosing due to the drug’s depressant effects on the body’s respiratory functions. With a large enough dose, the respiratory system shuts down causing a person to stop breathing. Seeking needed codeine addiction treatment may well mean the difference between life and death for some.

Codeine warps the brain’s reasoning and learning capacities, making it all but impossible for addicts to view drug-using behaviors as a problem in their lives. A big part of codeine addiction treatment involves undoing the destructive thinking patterns that result from chronic drug abuse.

People who abuse codeine on a frequent, long-term basis develop a mindset that supports continued drug use. According to Columbia University, this mindset creates a lifestyle that centers around getting and using drugs. Once the “addiction” mindset sets in, the need for codeine addiction treatment becomes glaringly apparent to friends and loved ones. In effect, the longer a person waits to get codeine addiction treatment help, the more difficult the recovery process will be.