While methadone treatment may not be right for everyone, here are 10 reasons to choose methadone as a treatment for opiate addiction:

If opiate withdrawal symptoms have become so uncomfortable as to prevent a person from stopping opiate use, methadone treatment can help him or her overcome the body’s physical dependency on the drug. 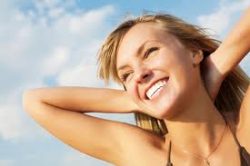 Methadone can help heal from the damage opiate addiction has done to your life.

With long-term use, opiates can cause considerable damage throughout the body’s central nervous system. According to Semel Institute, symptoms of fatigue, irritability and confusion become progressively worse with ongoing drug use. As methadone weans the body off opiate effects, central nervous system functions have time to heal and restore a normal chemical balance in the body.

As opiate addiction progresses, addicts spend less and less time with friends and family. When left untreated, important relationships will continue to suffer as opiates take on greater importance in a person’s life.

The more addicted a person becomes the more money he or she will need to finance an opiate addiction. Once drug use becomes a top priority, unpaid bills will start to pile up.

As opiates work by slowing down central nervous system functions, long-term drug use will leave a person in an overall lethargic state. Brief periods of unconsciousness or “nodding out” will start to occur with greater frequency.

Failed attempts to stop opiate use are a clear sign of drug dependency and drug addiction. As a synthetic opiate medication, methadone mimics opiate drug effects, which enables a person to stop using opiate drugs.