If your doctor has recently decided that you should receive methadone treatment to help you recover from an addiction to an opiate you probably have questions about how safe it is. You might be thinking “isn’t methadone just a replacement for the drug I’m already addicted to”? You might also wonder if it will have the same effects and if you will eventually become addicted to it as well. All of your concerns are valid. It’s understandable to be concerned about the long term effects of methadone.

When someone is suffering from an addiction to an opiate and is trying to stop using the drug they might be recommended to try a methadone treatment program. Methadone clinics are all over the world and help to provide relief on a structured level to people who suffer with their addictions and terrible withdrawal symptoms if they stop using opiate drugs like heroin and even drugs that are prescribed by doctors for pain like Oxycodone and Percocet. 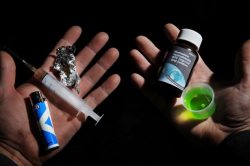 Methadone is believed to be much safer than street drugs like heroin, and other prescription opiates such as oxycodone.

When someone stops taking opiates after a tolerance has been built up it can make them very sick when they try to stop on their own. The body and mind become vulnerable to dangerous symptoms of withdrawal that can be life threatening. That’s where methadone treatment can help.

Methadone is also an opiate that has been used to control pain for a very long time. About forty years ago scientist discovered that it was also highly beneficial in helping stop the painful withdrawal symptoms associated with opiate use. They also discovered that people who received methadone treatment had a far better chance of recovery because methadone is a safe way to control or completely eliminate the withdrawal symptoms from opiate drugs.

Methadone is a much safer alternate because it’s given at much lower dose and it can be increased or decreased depending on the patient’s need. People who abuse drugs will take more than they are supposed to and must increase their dose as their tolerance builds to feel the same effects they did when they initially started using opiates to get high. Taking opiates in large doses to increase it’s effect is very dangerous and can cause organ failure, heart attack or stroke and even death by overdose. Methadone is also safer because street drugs can be mixed with dangerous chemicals and additives that you might be unaware of.

People who stick to a methadone program are also less likely to get into trouble with the law or commit criminal activity to pay for their habits. It also helps to cut down on diseases that are spread by sharing needles like hepatitis and HIV/AIDS.

Methadone is administered and monitored by a medical staff and it’s legal so you don’t have to sneak around to buy it. When the program starts it usually requires daily visits to the clinic for your dose of medication which can be given in liquid or pill form taken orally. After a while, your doctor might decide that no longer need to come in to the facility and will monitor the medication dose and your treatment on scheduled visits.

Will I Need Methadone Forever?

Methadone is not a replacement for other opiate drugs, it is a tool that is effective in the aid of stopping the use of opiate drugs. There is no set amount of time for someone to be on methadone and for some it may need to be taken indefinitely.

Some can be weaned from methadone by slowing decreasing the doses, others feel that will not do well if taken off of the methadone treatment and will relapse. Methadone can be dangerous if abused just like any other drug however, according to NIDA, “For more than 30 years, methadone has been used safely and effectively to treat people with opioid addiction, particularly heroin”.