How Addictive is Methadone?

There is a difference between methadone addiction and dependence: the latter issue is usually experienced by those in long-term methadone maintenance treatment. When treated with MMT, patients continue taking the drug for long periods of time but, when dosed correctly, will usually not abuse it. Those who do abuse it will likely become addicted, as they have been struggling with addiction to other opioids before. But exactly how addictive is methadone?

Methadone, unlike the other two medications used to treat opioid addiction, is a full opioid agonist. That means that it has the same properties as drugs like oxycodone and heroin when it comes to attaching to the opioid receptors. A person can get high from abusing methadone in large doses.

According to SAMHSA, buprenorphine’s effects are “less than those of full opioid agonists like heroin and methadone.” This does make the drug less likely to be abused and, therefore, to cause addiction. While methadone is a full opioid agonist, its effects more closely resemble these other drugs to which users can become addicted.

If you have become addicted to methadone, know that there is help available. Call 800-530-0431Who Answers? to find help today. 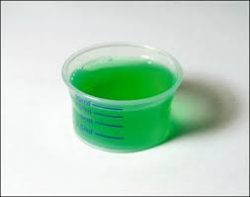 Methadone has a moderate addiction potential and must be taken carefully.

When a person abuses methadone, they are choosing to do so. This is the only way that use of the drug can lead to addiction. A person could still become dependent on methadone even if they take it as directed, but this issue is not the same as nor is it as problematic as addiction.

Those who do become addicted to the drug must abuse it first, either by snorting it, taking incredibly high doses in order to feel its euphoric effects, or mixing it with other drugs. When someone takes the drug as they are directed to, they will not become addicted which is an issue that includes cravings, an inability to control one’s use of the drug, and the need to constantly seek out more of it.

Methadone vs. Other Opioids

While methadone is a full opioid agonist drug and therefore has more potential for abuse and addiction than opioid antagonists or partial agonists, it is still less likely to be addictive than other opioids like heroin, fentanyl, opium, and morphine. According to the CDC, when methadone is taken in its correct dosage, it does not “cause euphoria or intoxication itself… thus allowing a person to work and participate normally in society.”

The drug is less likely to become an addiction for a patient than another, stronger opioid drug. But like all medications that have a degree of risk, the safety is often placed in the hands of the doctor and the patient. If it is administered properly and the patient follows their doctor’s orders, methadone will not become dangerous or addictive.

According to Columbia University, “Compared to heroin addiction, methadone addiction is considered the lesser of the two evils,” while unlike heroin, a person can take methadone regularly for months or even years without becoming addicted. The drug can become problematic when abused and cause all the same issues that heroin abuse can cause, but when taken in the correct doses, it is not as addictive as other full opioid agonist drugs.

We can help you find the treatment you need to quit using methadone today. Call 800-530-0431Who Answers? toll free.